Published on December 3, 2009 | by angeliqueyan.blogspot.com

Once a sleepy hollow populated by farmers and fishermen, Batu Pahat has
produced not only some of the richest businessmen in Malaysia, but also a
couple of politicians and several listed companies – some 13 spanning a
variety of industries from textile to property, biscuits to bricks (see
box on listed companies).

Today, Batu Pahat is a bustling industrial hub at the forefront of
Johore’s industrial development, second only to Johor Bahru. The secret?
An unwavering entrepreneurial spirit and a vision that goes beyond the
town’s borders.

`Batu Pahat is unique compared with many other towns because it produces
entrepreneurs, people who are willing to take the risk for a better
return,’ says Albert Lim Poh Boon, executive director of Ramatex Bhd, one
of the biggest textile companies in Batu Pahat.

`The entrepreneurial spirit is inborn in many of the town’s people. The
number of people working to list their companies on the KLSE (Kuala Lumpur
Stock Exchange) is an indication of this. They are not complacent and
always ready to face more challenges,’ he adds.

One example is Datuk Seri Au Ba Chi, Batu Pahat’s pioneer housing
developer, with seven housing estates to his name. Someone who believed in
the potential of Batu Pahat, Au had dreams of providing reasonably priced
quality housing for residents of his hometown.

Armed with only a primary-school education, the son of a fishmonger
invested in a plot of land at 25 sen per square foot in the 1960s, a move
people then ridiculed as Batu Pahat was a flood-prone area.

He proved his critics wrong as his first housing project on Jalan Mesjid
was a success, as were his subsequent undertakings, most notably the
satellite township in Paloh, Kluang.

Despite pushing 70, Au is planning to develop yet another housing
project. He also has dreams of making Batu Pahat a major tourist
destination. Among his plans: turning the town’s river into a tourist
attraction where visitors can take a boat-ride to Orang Asli villages and
other places of interest.

`Datuk is not the type who can sit back and do nothing,’ reveals Rosly
Selimin, assistant general manager of the Katerina Hotel, the first and
only four-star hotel in Batu Pahat and its highest building, developed by
Au.

That restlessness can also be said of the other Batu Pahat-born tycoons,
many of whom did not have more than a secondary-school education.
Country Heights Holdings Bhd’s boss Lee (Kim Yew), 47, for example, came
from a poor family and was unable to pursue a tertiary education after his
studies at the Batu Pahat Chinese High School.

He headed for Kuala Lumpur and worked at a variety of jobs, from a
Chinese translator to a small-time publisher and salesman. He made his
first million at age 23 and went on to carve a name for himself with his
Country Heights development, one of Malaysia’s most prestigious addresses.

`He was the youngest in a family of six and had a keen interest in
business,’ says elder brother K P Lee, of Familiar Audio Acoustic Light
System. `He was very independent. During school holidays, he would paint
the school walls to earn money.’

Khoo of the MUI Group, 64, lived in Batu Pahat until he was nine before
moving to Segamat, where his father was transferred to. He studied at the
Government English School and went on to work as a bank clerk after Form
Five. Today, he heads 14 listed companies, both locally and
internationally.

Vincent Tan, 50, of the Berjaya Group, was born in Ayam Sulok, about
40km outside Batu Pahat town. He studied up to Form Five, after which he
worked as a bank clerk. He later moonlighted as an insurance agent for
about 15 years and worked in the truck-leasing and goods-hauling line.

Today, he’s known as the man behind the golden arches, after he brought
fast-food giant McDonald’s to Malaysia in 1980.
His stable includes the formidable Berjaya Group, telecommunications
player DiGi.com Bhd, and a stake in publishing company Nexnews Bhd. His
brother Danny Tan, 47, heads Dijaya and sits on various boards of the
companies within the Berjaya Group.

Ironically, a common birthplace did not deter Vincent Tan from launching
an unfriendly takeover of the MUI Group in 1991. Khoo held on, and Vincent
Tan eventually backed down, divesting his stake in 1993.

Former politician-cum-fugitive businessman, Soh, 43, had been an
entrepreneur since an early age. While still in school, he operated his
own enterprise, WW Wings Corporation Sdn Bhd. Soh supposedly made his
first million as the franchise-operator of the snack-food chain. It went
bust in 1984 but Soh made his comeback about a decade later.
In 1996, he controlled no less than seven listed companies in Malaysia
and Singapore, with another four overseas. Among the Malaysian companies
were Kelanamas, Promet, Plantation & Development, Omega Securities, and
Rekapacific.

Besides the inherent abilities of its inhabitants, Batu Pahat’s advanced
development, compared to its neighbours, is also aided by several other
factors. Most notable is the pervasive industrial drive in the town. Batu
Pahat has several industrial estates – Sri Gading, Parit Raja, Seri
Sulong, Tongkang Pecah, Wawasan, Taman Indah Seri Kota, Murni, Damai Plus,
Beroleh and Taman Mas Jaya – and has attracted multinational electronics
players such as Sharp-Roxy, Fujitsu and Mitsumi.

Although the town has seen a lot of action in the past (see side story
on History of Batu Pahat), much of its modern development began in the
1970s, with the rapid spread of commercial and housing projects in town.

Soon, the town’s landscape was dotted with hotels, restaurants, shopping
centres, and more than 20 banks and financial institutions. Its cottage-
industry units, mostly located in Parit Raja, Rengit and Senggarang, have
spread their wings to Singapore, Indonesia and Brunei.

In June 2000, the flourishing town was elevated to a municipality, one
step closer to achieving city status.
`We are committed to industrial development as this has become the
lifeblood of Batu Pahat,’ Municipal Council president Abdul Latif Yusof
was once quoted as saying. `In fact, it is these business endeavours that
have helped Batu Pahat mature and prosper, by providing gainful employment
to many, resulting in the flocking of skilled labour here.’

Batu Pahat is synonymous with the textile industry. One of the earliest
industrial companies, South Pacific Textile (now Berjaya Textile), was set
up in the 1960s. There are at least five listed Batu Pahat textile
companies on the KLSE, and more are targeting a listing in due time.

Many of these companies are contract manufacturers for established
international fabric brands. The next time you shop at WalMart, Sears,
JCPenny, or Sam’s Club in the United States, or plan to buy an apparel
from Nike, GAP, Old Navy, Puma, Oshkosh, Fila or Umbro, chances are you’d
be getting a made-in-Batu Pahat product.

`We never aim Malaysia as our market,’ says Lim. Ramatex has invested
US$100 million each in China and Namibia, which enables it to penetrate
the Sub Sahara trading bloc and gear itself for trade liberalisation in
2005.

`Manufacturing seems to be the main sector of earning for most of the
people of Batu Pahat,’ he adds.

Despite the numerous textile companies in town, each is able to hold its
own. `Although we’re all in the same business, we complement each other
instead of compete,’ says Lim. `We are forced to be innovative to target
different segments and sectors of clientele. Each of us challenge the
other to greater achievement. The industry rivalry may be strong, but
everybody is still very friendly. We can sit down, drink and play golf
together.’

executive director of Arowana-breeder Xian Leng Holdings Bhd. ` (more…this is only 1/3 of the article) 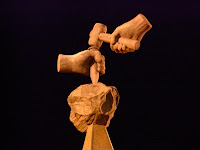 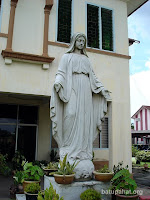 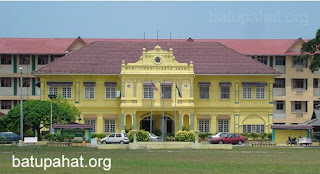 >>>  My McBeriani experience in Batu Pahat