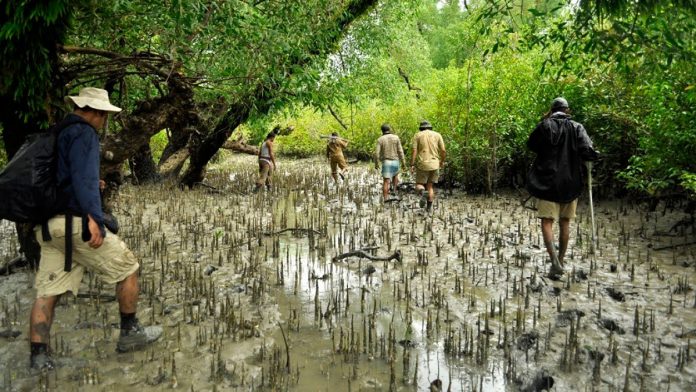 KUALA PERLIS – Life for the fishermen in Kuala Perlis has changed much over the years after the mangrove forests here became depleted.

Where once they used to bring back an abundant catch, earning as much as RM1,000 a day, today, they would be lucky to earn between RM60 and RM100, depending on weather and sea conditions.

A seasoned fisherman, Razman Ismail, 55, said sadly, there are even days when the fishermen would have to go back to their families empty-handed, despite spending the whole day under the hot sun out at sea.

Razman, who has been a fisherman since the age of 18, remembers the days when as a boy, he would go out to the mangrove forests around Kuala Perlis to catch fish and prawns.

The father of seven said the coastal fishermen saw their catch falling about 20 years ago when the mangrove forests dwindled.

“Today, even to get two fish is difficult, worse to catch prawns, after the mangrove trees where the fish lay their eggs were destroyed by development.

“There used to be a lot of prawns here, but today, you would be lucky to catch even two. This could be due to their habitat being destroyed by the construction of barriers along the coastline to prevent erosion,” he told Bernama recently.

Echoing his sentiments was 72-year-old Musa Yahya who said he misses the old days, when as a young man, he would go out to sea to earn a living as a fisherman to support his family.

“Our catch now is nothing like before, when we could bring back tons of ‘senangin’ (fourfinger threadfin) in one night,” Musa, who is known as Pak Ngah to the local folks, said.

He said he misses the old days when Kuala Perlis provided the local fishermen with abundant catch.

Those days, he said, the fishermen did not have to work long hours to enjoy a good catch even though the selling price of marine produce was much lower than now.

Musa said the marine produce began dropping about 20 years ago when the mangrove trees which served as nurseries for fish began depleting.

“I do not blame anyone because there is good and bad to it (the barriers),” said the father of seven.

The Kuala Perlis-born praised the efforts of the government to revive and rehabilitate the mangrove forests along the coastal areas here.

“We fishermen support this noble effort not just to stop coastal erosion but also to revive the marine life here.

“I hope this will increase income for us fishermen in the future,” he said.