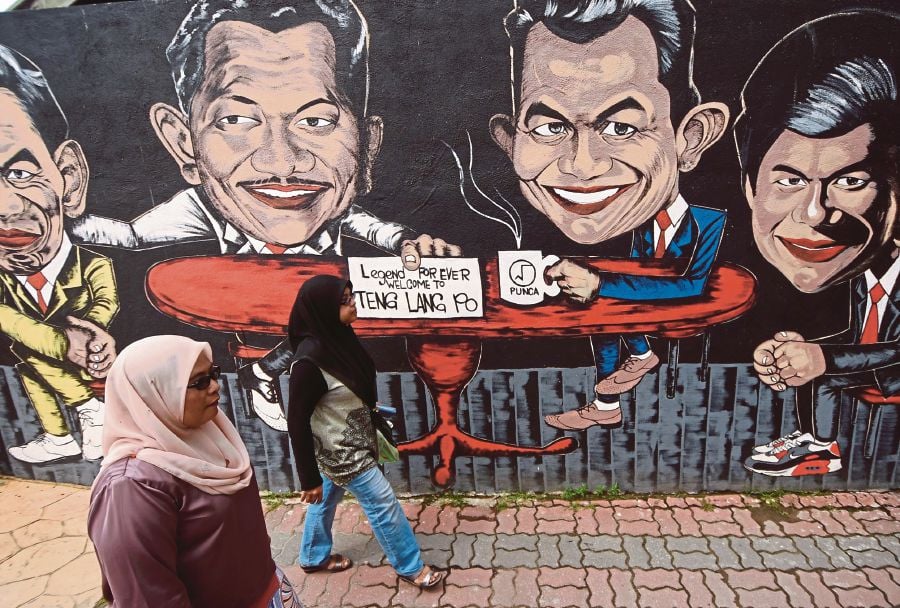 MAKING the city of Kuala Terengganu great and attractive again is slowly becoming a reality with the successful “inclusion” of the private sector at practically no cost to the government.

The inclusive spirit, one of the government’s objectives under its transformation plan, which had been heavily criticised by a section of the public and labelled as angan-angan Mat Jenin, has become a reality and should shut the critics up.

Obviously, it was a difficult task for the state administrators to get the people and corporations to come together to help realise the city’s beautification plan, which required a lot of sacrifice and sincerity.

This initiative was clearly to create a sense of belonging and love for the city among its population.

It took nearly two years for this plan to get the buy-in from the people and the recent move by nearly a dozen companies and the Terengganu Chinese Chamber of Commerce to paint murals and caricatures on landmark buildings brought some cheer as the effort had visually enhanced the otherwise plain white and grey buildings in the city.

As such, it was easier for the local authorities to get local entities involved.

However, the problem at the start of the plan was that there was no precedent, other than the imagination of the officers linked to the project and the determination to prove to the people that it would cost the government nothing to provide such massive art pieces to brighten the city.

It was apparent that Kuala Terengganu City Council Mayor Zulkifli Abu Bakar did a great job in formulating a win-win situation for the local authority with more than a dozen local companies, which are not nationally or internationally renowned.

As a senior administrator, Zulkifli, a former Dungun district officer, was responsible for the landscaping work in the town centre and helped revive the once popular turtle sanctuary in Rantau Abang as a tourist destination.

These companies showed they had big hearts to help make the city vibrant with colours, including eye-catching 3D motifs.

The only consolation these supporters of this programme got was a small patch at the bottom of the murals or caricatures where they displayed the names of the companies.

These companies have so far contributed RM113,000 to paint caricatures of Terengganu’s past football legends on the walls of the Sultan Ismail Nasiruddin Shah Stadium and a block of 13 old shophouses in Jalan Banggol.

Another company will be contributing RM200,000 to paint batik and songket motifs on the walls of Pasar Kedai Payang, which is famous among tourists in the state because it is a traditional arts and crafts hub.

This form of promotions is not for commercial products of the contributors, but to project icons, legends and heritage that can invoke some imagination about the people and culture in the state.

It is a great way to project the state, more so now, because it is Visit Beautiful Terengganu Year where the government hopes visitors will leave the state with pleasant memories and return for more next year as more tourism-related attractions are completed.

Apart from making the buildings visually pleasant, the paint job was a move by the Kuala Terengganu City Council to subtly inculcate civic consciousness among local residents and to prevent vandalism of public property.

Vandalism is not a serious problem in the city and is still under control, especially at places monitored by closed-circuit television cameras.

But, occasionally vandals ruin public facilities, which need to be replaced using taxpayers’ money. Graffiti on the walls of buildings is a problem, but the beautification programme could discourage the vandals from ruining the caricature and murals.

This was proven by the caricature on the walls of the Sultan Ismail Nasiruddin Shah stadium.

Although it is just about a couple of weeks old, the city landscaping programme has shown positive signs and should be expanded to include town centres in the other seven districts in Terengganu.

Maybe, the state secretary should put up a challenge and include this programme as one of the key performance indicators for its administrators in the districts.

It could lead to a much more beautiful Terengganu.