Published on Nil | by wikivoyage.org 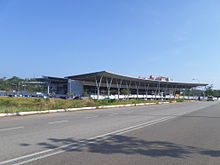 2 Terminal Kuantan Sentral (Kuantan’s long-distance bus station, new in August 2013) is several kilometres from the city centre, at Bandar Indera Mahkota (basically, in the middle of nowhere). A rapidKuantan bus (#303, RM2) will bring you to the city local bus terminal (3 Hentian Bandar), or taxis to the city centre will cost about RM20.00.

The Karak Highway and East Coast Expressway connect Kuantan to Kuala Lumpur, and the distance of approximately 250 km can be covered in 3-3.5 hours. The East Coast Expressway is served by evenly distributed stop-over areas that are equipped with toilets, sundry shops and food stalls. You may exit at either the Gambang or Kuantan exit. Both expressways are toll roads to travel the entire journey via the expressways costs RM27.60 for a car.

Federal route 2 also links Kuala Lumpur to Kuantan. As it is an ordinary road, it has no toll. However it is a somewhat slower route than the expressway as there are traffic lights along the way and a lower speed limit.

Rapid Kuantan, the local bus service, was established in December 2012, and has an expanding network of about 13 routes. The central hub is at Terminal Makmur (the old long-distance bus terminal). Important routes for visitors include 200 (to Teluk Cempedak Beach), 303 (to Terminal Sentral Kuantan), 400 (to Pekan) and 500 (to Sungai Lembing). Most routes operate approx. hourly. 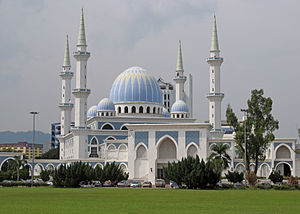 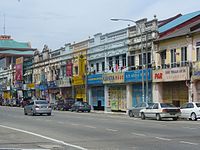