How to Spend 2 days in Malacca, Malaysia

How to Spend 2 days in Malacca, Malaysia

Our first stop in Malaysia was the city of Malacca. From Singapore it was a four hour ride, plus an additional 2 hours waiting in line at emigration. On the short ride from the bus station to our hostel, our taxi driver acted as our own personal tour guide pointing out the sights around  town. 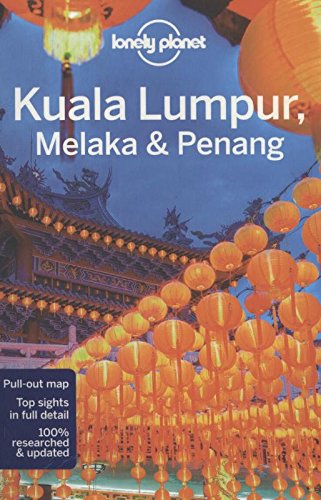 We spent the majority of our time in Malacca in the historical Heritage Area of town. This area of Malacca was named a UNESCO World Heritage Site in 2008. Here there are buildings left over from European rule. Malacca was occupied by the Portuguese, the Dutch and the British (at different times). The Heritage Area was a charming area of town with red painted buildings and a beautiful canal. But, the streets were very crowded with tourists- many who had arrived on tour buses for a day trip- and these zany colorful carts called trishaws which flash rainbow lights and blast pop music while the drivers pedal away. Here we found some time to goof around on hoverboards which were for rent in a large piazza at $2.50 for 15 minutes.

Our favorite part of the Heritage Area was China Town. Tons of street food and interesting products, and also free samples! In China town we made a brief stop to check out the Cheng Hoon Teng Temple, the oldest Chinese temple in Malaysia.

Many restaurants in China Town included the words ‘Baba’ or ‘Nyonya’ in the name. These terms, Baba and Noyona (man and woman or aunt and uncle) come from the Peranakan, or Straits Chinese culture. This community of Straits Chinese are descendants of Chinese immigrants who came to the Malay archipelago several centuries ago. Some restaurants still offer traditional Peranakan cuisine.

Venturing outside of the confines of the historical quarter we found street markets, highways, modern buildings and malls upon malls. If you just stay inside the Heritage Area it is easy to forget the Malacca is in fact a huge city- it is the capital of the state of Malacca after all. Ambling around, a restaurant caught our attention- it claimed to not only be the best restaurant in Asia, but also the cheapest Michelin Star restaurant. A bit skeptical, we cautiously scanned the menu and checked online to confirm that this chain restaurant (in a mall) did in fact have a Michelin star. The restaurant did receive one Michelin star at it’s original location in Hong Kong- good enough for us-we enjoyed a dinner of dim sum for less than $10!

The best part of our stay in Malacca? The Jonker Street night market. Fortunately we were in town on a weekend when Jonker Street comes alive with street vendors selling an array of goodies from 6pm-11pm. The rain couldn’t keep us away. We tried all sorts of treats- savory and sweet- when it comes to food, we don’t discriminate.