In honour of Malacca’s illustrious son

In honour of Malacca’s illustrious son 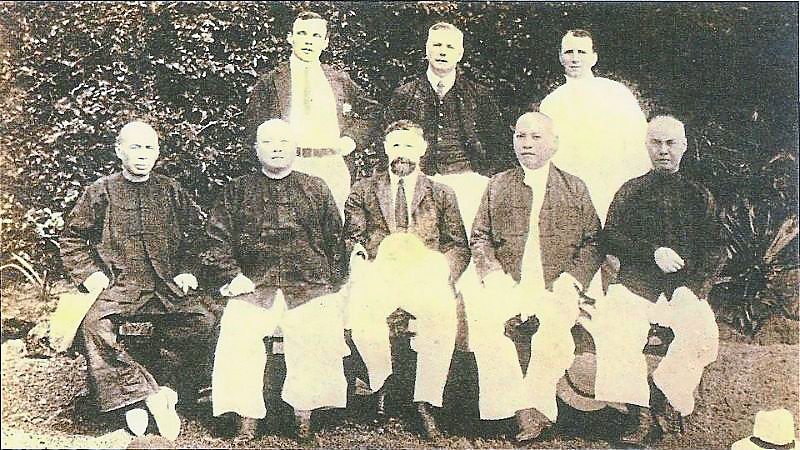 Persona gratissima: Seet Kee Ann (seated second from left) was a member of the Malacca Municipal Commission from 1895.

FOR six decades from 1930, Jalan Kee Ann was the liveliest place in Malacca.

The central wet market at the junction of the street near the main bus station and taxi terminal made it a busy area throughout the day.

It was bustling even after sun down, thanks to a popular theatre situated along the road and a thriving night market that stretched all the way to nearby Kampung Jawa.

The central market has since moved twice, first to Jalan Kilang in 1991 and then to its current location in Jalan Sentral in Peringgit in 2004.

Jalan Kee Ann, however, hasn’t quite lost its lustre yet.

But Vedro Melaka, a massive seven-storey commercial development project being built in its midst, might finally eclipse the road’s old-world attractions.

Not many people are aware that the street is named after one of Malacca’s most illustrious sons and a grand old man of his era.

Seet Kee Ann, whose surname was also spelled as Sit or See, was regarded as a “persona gratissima” (a highly favoured person) by the British colonial administrators.

As a Kapitan China of Malacca and oldest Justice of Peace in the Straits Settlement, Kee Ann devoted many years of his life to community service.

Among the many posts which he held were head of Hokkien Huay Kuan (Hokkien Association), trustee of the Cheng Hoon Teng temple — the oldest Chinese temple in the country — as well as member of the Chinese Advisory Board and council member of licensing justices.

The road was named in his honour because the philanthropist donated much of the land surrounding it to the Malacca Municipal Commission, of which he served as a councillor since 1895.

Kee Ann was born in Malacca in 1862. His father, Seet Moh Guan, was a merchant and community leader while his grandfather Seet Hood Kee was a significant Chinese leader during Dutch colonial rule.

At the age of 30, Kee Ann ventured into planting tapioca, pepper and gambier (gambir in Malay). Gambier, also known as catechu, is a common ingredient used by chewers of betel leaves. 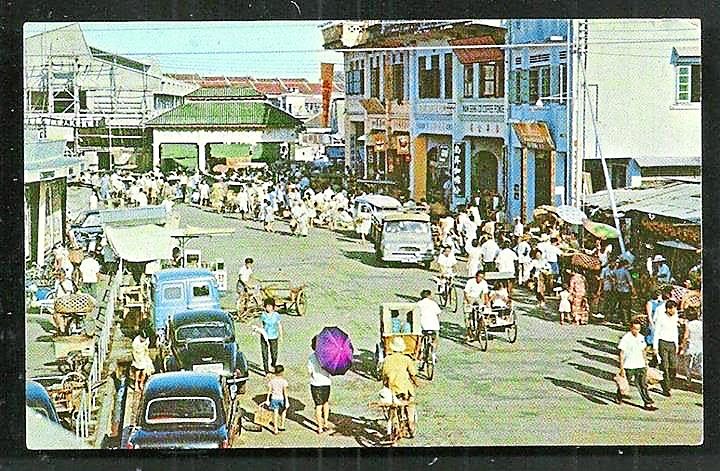 Bustling spot: This 1960s photo shows just how busy Jalan Kee Ann was during its heyday.

In the early 1800s, the use of gambier was extended to the dyeing and tanning industries in Britain, causing prices to rise and more plantations to sprout in the peninsula.

By 1897, Kee Ann had become even wealthier as a partner and manager of an opium farm. The growing of poppies and production of opium was then a legal business licensed by the British.

He lived with his wife, two sons, five daughters and many grandchildren at 77, Heeren Street, now known as Jalan Tun Tan Cheng Lock. 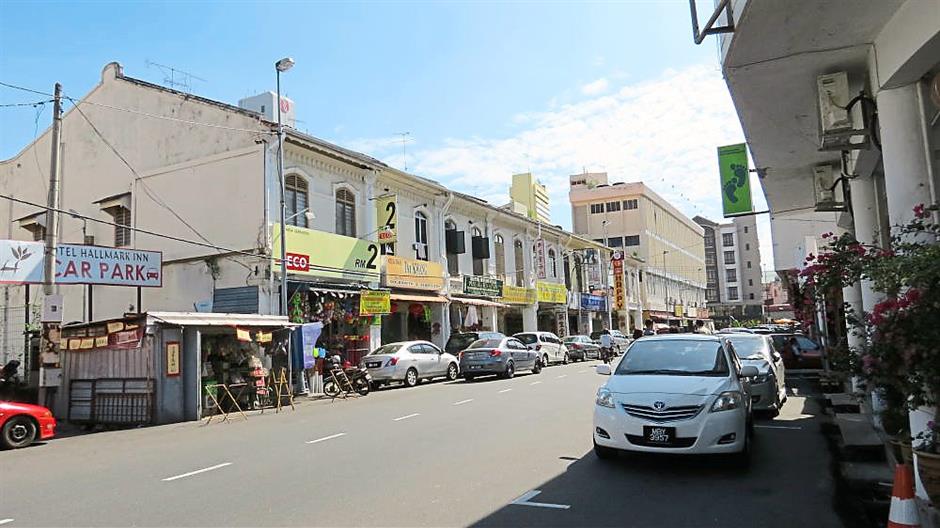 Bustling road: Jalan Kee Ann is a busy street with many old shops.

His residence was three elongated houses merged into one and had an outstanding frontage.

When he died of septicaemia on Jan 17, 1924 there was a sense of profound loss in town.

British colonial officers were among the thousands who took part in the funeral procession to Bukit Baru, where his remains were buried.

His second son Seet Wee Yan and his family occupied No 77, Heeren Street until 1960 when it was sold to rubber plantation tycoon Lau Kiong Mo. 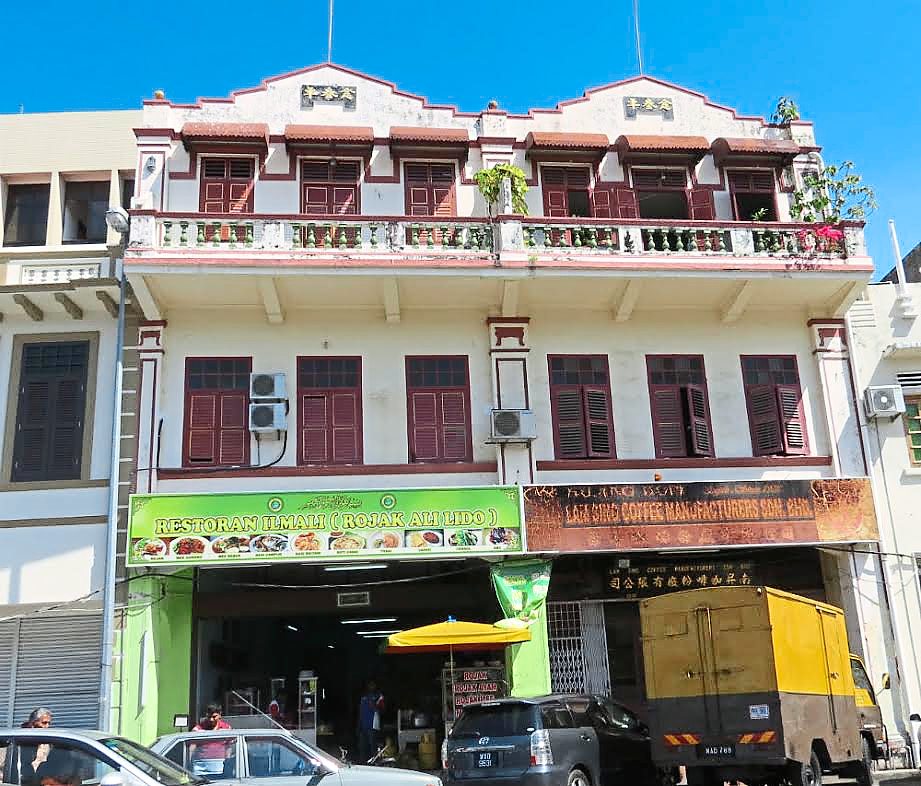 Well-known eatery: The popular Rojak Ali Lido of Jalan Kee Ann, has moved across the road and is now located next to the iconic Lam Sing Coffee building.

At one stage, there were 42 families living as tenants of the house. Two decades later, Gwee Wei Kiat, a businessman and collector of antique Chinese ceramics, bought over the place and lived there.

For unknown reasons, the house was abandoned during the 1990s. It was a derelict building and a far cry from its former glory when it was taken over by Chen Joon Pin, who turned it into the Jonker Bird House, an exhibition centre for the swiftlet farming industry.

The building was reportedly restored at a cost of about RM5mil and touted as an example of how the industry could help in conserving old buildings in 2011.

But many conservationists did not think so. Malaysian Heritage Trust president Tun Ahmad Sarji Abdul Hamid for example, wondered how, by any stretch of imagination, anyone could say that it was a good fit for a building, which was once the ancestral home of a prominent community leader. 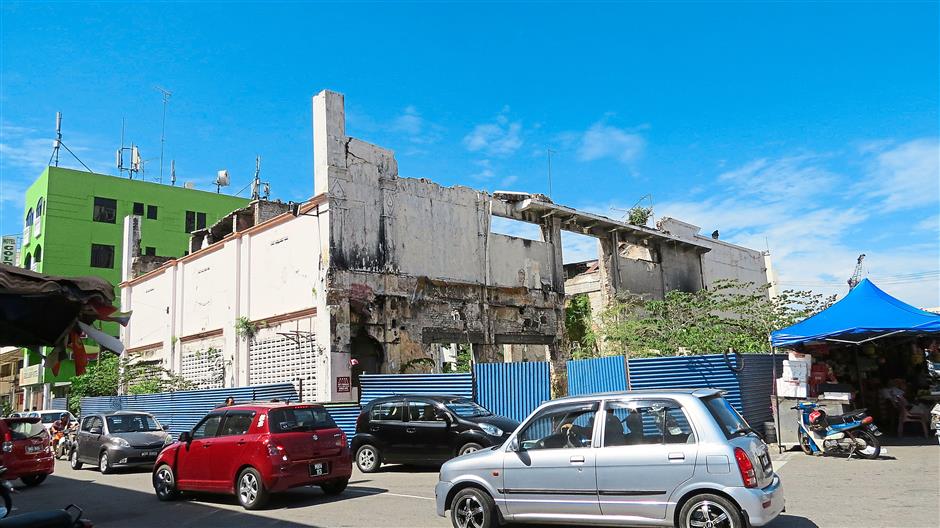 Destroyed by fire: The ruins of the once renowned Lido theatre which started out as the El Dorado, where Bangsawan and English plays were staged.

The famous bird house which used to draw tourists has since been closed.

During the 1920s, one of the main attractions of Kee Ann road was the El Dorado Theatre, which eventually turned into the Lido Cinema and later converted into two supermarkets before being destroyed by a fire three years ago.

The El Dorado was originally a Bangsawan theatre where English, Malay and Javanese plays were staged, in addition to silent movies of that period.

It was where Malaccans watched recorded English football matches, including the FA Cup Final between Bolton Wanderers and West Ham United played at Wembley Stadium in 1923.

An added bonus to the show was the wedding of Prince Albert, Duke of York (who later became King George VI), and Lady Elizabeth Bowes-Lyon (later Queen Elizabeth or the Queen Mother), which took place on April 26, 1923.

Shaw Brothers bought over the Lido Cinema in the 1940s and it was a favourite place for diehard moviegoers with the lowest ticket prices at 65sen.

I liked the Lido because in addition to the stalls selling an assortment of snacks outside, it also housed the famous P. Mangudi’s shop where one could buy comics such as Beano and Dandy.

During the 1990s when cinemas were regarded as passé, the Lido was converted into the Lai Lai emporium and later turned into the Khelass supermarket.

A fire razed it to the ground in 2012, leaving it in ruins. A row of fruit and food stalls outside were also destroyed but have been reopened.

The popular mamak joint, Restoran Ilmali, better known as Rojak Ali Lido, has now moved to better premises across the road, next to the 65-year-old Lam Sing Coffee Manufacturers shop.

Lam Sing Coffee known locally as “Chap Murid” or “Pupil Brand” coffee was created by Kang Chan Yoke, who came to Malacca from Xiamen, China in 1936. At the junction, there are several popular stalls selling an assortment of hawker food. The “kolo mee” stall at the corner is a favourite of my better half.

At the other end of the road where Jalan Kee Ann branches out from Jalan Bunga Raya, there are still hawker stalls and shops dating back more than five decades.

Among them is the Heng Kee stall selling herbal concoctions, including medicinal tea, juice of wild sugarcane (Saccharum spontaneum) or tebu lanjung and extract of pegaga, also known as jin chian cao in Chinese and vellarai in Tamil.

The stall, set up by a pioneer in the business, Low Chew Geng, 50 years ago, is now run by his daughter Low Siew Hoon, 57.

About 10m across the street is another equally popular stall selling lo han ko (Siraitia grosvenorii) and other herbal drinks.

Jalan Kee Ann is also famous for old shops selling items related to sewing and handicraft. A few of the original older tailor shops are still around, including the Kedai Jahit Miya started by Mok Leng Chek, 75 years ago.

Today, her daughter-in-law Chang Yoke Lai, 42, runs the shop and creates popular traditional dresses including the kebaya and baju kurung.