The search for Hang Li Po

The search for Hang Li Po 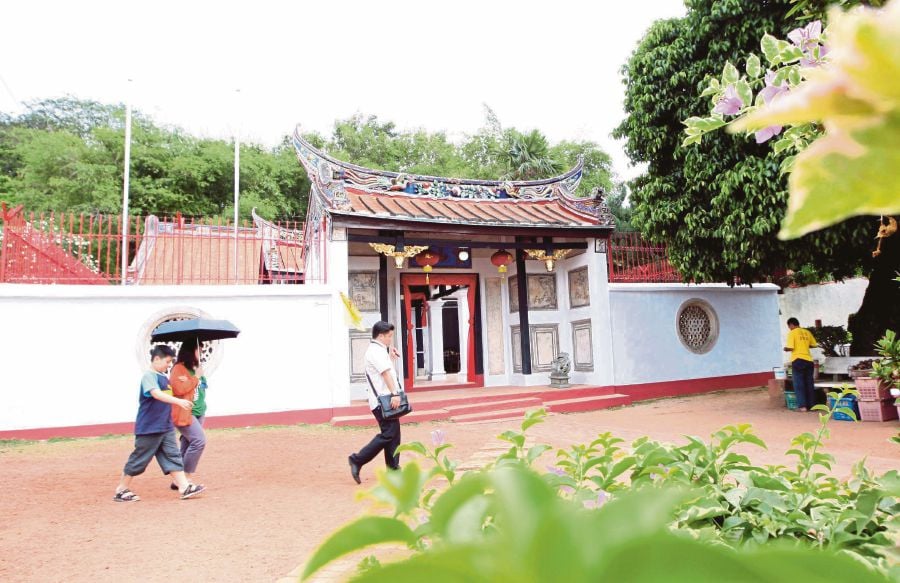 As a person of Chinese ancestry who lived among Malay Muslims, Hang Li Po is a prototype for the lived experience of many modern-day Malaysians.

EVEN though the Malacca sultanate had existed for a little more than a century, it gave birth to an astoundingly rich assortment of historical figures — one of the most prominent of whom, however, was not actually from the city itself: the so-called Chinese princess, Hang Li Po.

Despite (or perhaps because of) her foreign origins, however, today, Hang Li Po is one of Malacca’s most relevant figures, constituting a possible template for contemporary Malaysian-Chinese identity.

Like so many figures associated with Malacca, Hang Li Po sits firmly within Malaysia’s national consciousness. Supposedly the daughter of a Ming Emperor, Sejarah Melayu claims a Chinese official named Ling Ho sent her to Malacca as a bride for Sultan Mansur Shah (r.1459-1477), and with whom she later had a son called Paduka Mimat.

Controversially, however, in 2014, historian Khoo Kay Kim claimed Hang Li Po was a myth. Khoo argued that because the Ming shi-lu (imperial records of the Ming dynasty) contained no record of either her or her marriage, she must be a fabrication — the probable invention of early Malay chroniclers.

Khoo predicated his conclusion, however, on a commonly-held, yet apparently incorrect, assumption: that Sejarah Melayu is the only early source to refer to Hang Li Po.

Although Khoo is quite correct that no known Chinese source mentions her, it is possible that several early Portuguese texts do, albeit in a different guise.

Although Sejarah Melayu is central to any understanding of Malaccan history, Tomé Pires’s Suma Oriental is no less significant. Unlike Sejarah Melayu, which was produced in Johor around 1612, the Suma was written in Malacca itself between 1512 and 1515 (that is, shortly after the Portuguese conquest).

Intended as an official report for the Portuguese king, it was (primarily) constructed using a Javanese chronicle; because the Javanese constituted a majority in pre-Portuguese Malacca, Pires considered this text to be the most reliable at his disposal.

The Suma, therefore, recorded some of Nusantara’s earliest traditions about Malacca.

Significantly, therefore, although it did not mention a Chinese princess wedded to Sultan Mansur Shah, it did refer to an unnamed Chinese girl who married Malacca’s second ruler, Sultan Megat Iskandar Shah (r.1414-1424). When examined carefully, this girl, who was unmentioned in Sejarah Melayu, emerged as the probable origin of the Hang Li Po legend.

According to the Suma, at the beginning of his reign, Sultan Megat Iskandar Shah decided to visit China to pay allegiance to the emperor.

After he had been received with great honour, and when the time came for him to return home, the sultan was entrusted to the care of a “Great Captain”, with whom he travelled back to Malacca and: “The captain brought with him a beautiful Chinese daughter, and when the said Xaquem Darxa (Iskandar Shah) reached Malacca, in order to do honour to the said captain, he married her although she was not a woman of rank.”

Although this account differs in certain respects from Sejarah Melayu (it refers to a regular Muslim girl, not a non-Muslim princess; involves Sultan Megat Iskandar Shah, not Mansur Shah; and speaks of a Malaccan ruler’s visit to China, something unmentioned in Sejarah Melayu), the two undoubtedly shared a common core — a Chinese girl is escorted to Malacca by a Chinese official before marrying a Malaccan ruler, with whom she had a son with the title Paduka.

Ultimately, however, that the two accounts were indeed linked was demonstrated by the Chinese official: in each case, this official appeared to be the famous Zheng He (1371-1433/5).

This strongly suggests that Pires’s “Great Captain” is a memory of Zheng He; no other historical figure tallies so well with the Suma’s account.

Significantly, therefore, the name of Sejarah Melayu’s Chinese official, “Ling Ho”, is an obvious corruption of “Zheng He”. But, if both officials are, therefore, representations of Zheng He, the probability arises that Pires’s unnamed Chinese Muslim girl is an earlier version of Hang Li Po, whom the author of Sejarah Melayu (which was written nearly two centuries after the events in question) must have mistakenly associated with Sultan Mansur Shah.

Taking all this into account, Khoo’s 2014 assertions appeared premature. Although it could still be protested that no known Chinese record of Zheng He’s voyages mentioned either this marriage or the girl, ultimately this is neither surprising nor damning.

As is well known, Zheng He’s official logs were destroyed, meaning any information about a marriage could simply have been lost. All other sources pertaining to his voyages, including the travelogues of Ma Huan and Fei Xin, were rarely discussed diplomatic matters.

If, however, Zheng He had chosen to marry a Chinese girl to a foreign ruler, he would only have been following common diplomatic practice.

Ultimately, whether Hang Li Po was a real figure is not merely a question of historical curiosity.

As a person of Chinese ancestry who lived among Malay Muslims, Hang Li Po is a prototype for the lived experience of many modern-day Malaysians.

To seek out her historical veracity is, therefore, an inherently important task within the context of contemporary Malaysia’s nation-building efforts, helping to firmly root an important modern identity.