Koay Jetty: The social evolution of the Hui people in Penang

Koay Jetty: The social evolution of the Hui people in Penang 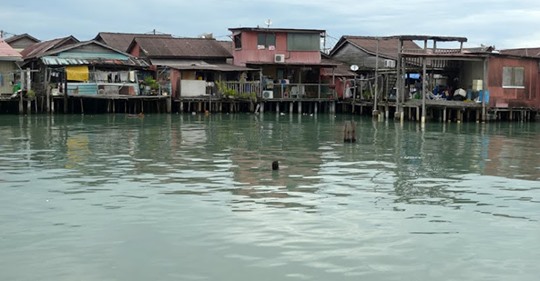 The Hui are one of the main minority groups in China. They are the descendants of Arabian and Middle Eastern peoples. During the Yuan Dynasty, the ruling Mongolians divided the people into different categories with different status
1. Mongolian
2. Arabians and Middle Eastern (Hui)
3. Northern Chinese (Han)
4. South Chinese (Nam Man, literally, “southern barbarian” for those who live south of the Yangtze River)

The racist policies of the Mongolians oppressed the Hans and southern Chinese. As a result, after the revolution to overthrow the Yuan, acts of revenge were taken against the Mongolians and the Hui in many parts of China. The new Ming dynasty government simply ignored these incidents.

The Koay clan described in this essay are descendants of I-Pen Khu-Se Tek-Kwan-Kong (Chinese phonetics of an Arabic name). He created a Chinese name for himself – Koay Tek Kwan. During the Ming dynasty, in 1376, an Arabian clan led by Koay T’ng Hui moved into a village named Pek Kee in Chuan Chew, Hui Aun province. The clan brought with them 30 chapters of the Qur’an. They established a mosque. The descendants opened 9 settlements with 13 clan villages.

The village of Pek Kee was near the port of Quanzhou (pronounced “Chwen-Joe”) or Zaytun, facing Taiwan across the Straits. Quanzhou was a famous port, with important minorities of Persian and Arab merchants. Founded in the early 8th century it reached its height of prosperity during the Yuan Dynasty.

In order to be accepted as part of the mainstream Chinese, this Hui clan used the family name created by their ancestor. They claimed that they were members of the Koay clan, descendants of a great Tang Dynasty Muslim general, who controlled Turkestan and the western part of the Silk Route. At the same time he promoted the Tang civilization so that the Chinese culture spread to Central Asia.

The 5th generation descendants of Koay T’ng Hui found their village of Pek Kee facing attacks by Han Chinese extremists. This is because a group of Hui Muslims had supported the Ming dynasty government to put down a rebellion in Fujian. In retaliation, the rebels attacked Hui villages all over Fujian. In order to safeguard their lives, the Koay clan villagers suppressed their Hui identity. As they had intermarried with Han women for generation, they allowed the Han women to rear pigs, so that the village would not be marked as a Hui village.

In this case of emergency, the amirs of the clan collectively made a fatwa: In life, one can eat pork. But in death, one must die as a Muslim and go back to the true religion. The deceased’s family and relatives must follow Muslim practice for at least 49 days, and even up to 3 years.

When a member of the Koay clan died, the imam would go the home of the deceased and place the Holy Qur’an on a new piece cloth laid over the table in front of the coffin. He would read the Qur’an from the first page to the last. He had to advise the deceased’s family not to eat pork for 49 days.

The Koay clan has complete genealogical records. In the genealogical book, there is a preamble reminding the clan members that they are Hui Muslims. No longer in any danger, the 8th generation descendants reverted back to a Muslim lifestyle, and established a school and a mosque. But some of them were already totally “Han-nized.” 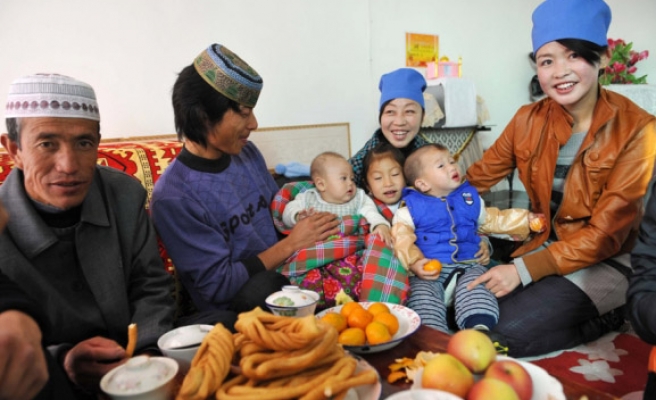 Being of Arab descent, the Koays were successful traders and seafarers. However, in the mean time, the Manchurian government had suppressed seafaring activities between Fujian and Taiwan (Formosa). This, coupled with the political and economic instability, caused the decline of Pek Kee. The fortunes of the Koays suffered. By the time the Koays came to Penang in the late 19th century, they were merchants without capital. Morever, they had integrated with the Han Chinese to such an extent that they lost most of their Arabian traits.

When they came to Penang, they found that they shared the same language and the same culture as most Chinese immigrants from Fujian; the only difference was their religion. In Penang, they worked as traders, port coolies and boatmen. They were also in the charcoal business. They rented four houses and lived together as a clan commune at Noordin Street. In the 1950s, they established a jetty at the end of Weld Quay-C.Y.Choy Road. It was the last clan jetty to be built. The Koay clan in Penang found they had to survive with the support of the mainstream Chinese community in Penang.

The Koay settlement in Penang saw themselves as an extension of their original clan village in China. The Koay clan diaspora had settled in Taiwan, Singapore, Malaysia and other parts of coastal Southeast Asia, but they kept in close touch with the home village and with each other.

The following example, illustrates the close networking. In the 1946, the supreme clan leader in Hui Aun, ordered funds to be raised for a school dedicated to the memory of Koay Chee Hong, a martyr in the anti-Japanese War who died in 1942.A letter was issued by clan leaders in Taiwan, led by a chairman from Hui Aun, authorising the clan leaders of the Koay community in Penang to collect funds. The funds were to be remitted to Hui Aun, where the school was to be built.

The Koay clan community in Penang had problems communicating the other Muslims in Penang. They could not understand many of the latter’s practices. For example, belief in the local kramats was something alien to them, and a mosque with an onion dome did not look or feel like a mosque

to them. On the one hand, the Koays felt alienated from the larger Muslim community and on the other hand, they felt closer to the mainstream Chinese community and depended on the latter for support. As a result, the whole group gradually reverted back to the 5th generation fatwa.

In 1975, the Koay community in Penang published a notice which was to be framed and hung on the wall by every clansmen. The notice provides the generational names to be followed by the Koay clan for forty generations. The present generation of Koays can trace their geneology back to between 17-22 generations.

The notice stated that since early times, the Koays have been Muslims. They have been steadfast in their prayer, and have not changed for generations. … After China became a Republic, many of their clan came to Southeast Asia and were scattered all over Singapore and Malaysia. However, due to the great differences in human relations and environment, they gradually departed from the Islamic teaching. However in the practice of remembering their ancestors, they will strictly observe halal food (no pork). This shows that they are following the fatwa of the past, and that they have not forgotten their origins.